An exclusive interview with Donny Osborne, comments by Cathy Rich and Beverly Getz,
and a great article by good friend and great drummer/composer Fred Marcin.

Donny Osborne, (son of Don Osborne Sr., president of Slingerland in the early 1970's) was Buddy Rich's protege and was Mel Torme's exclusive recording and touring drummer for over 23 years. He is still a big part of Portland's vibrant Jazz scene. You can hear some of his recordings on his MySpace page at http://www.myspace.com/donnyosbornemusic and you can see a video from one his clinics at http://www.youtube.com/watch?v=4cN4bVpeDtc. Donny has taken the influence of Buddy Rich and other drumming greats, and forged it into his own style. Donny's new CD, "Live At Tony Starlight's" was released November 11th, 2007. Donny was featured in the February '08 issue of Classic Drummer Magazine.

Cathy Rich is of course, Buddy Rich's daughter, and the proud mother of Nick Rich, who is also a drummer. Beverly Getz is the daughter of saxophonist Stan Getz, one of the true giants in jazz. To have these two wonderful people participate in the first Podcast was just incredible for me, and I know you'll enjoy what they have to say.

"So, you got the gig." - A great article by Fred Marcin 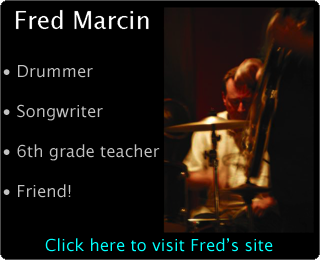 I mis-numbered these in the Podcast, but didn't catch it until it was published. Forgive me, Fred! (Mike)

In my experience playing professional drums in a wide variety of bands I've learned a few rules to stick to over the years, which will keep you out of trouble:

1. Arrive to the gig ready to play on time. This may seem obvious, but you wouldn't believe how many unreliable musicians are out there. If you want to get fired quickly, get to the gig late.

2. Never point out or discuss another player's performance mistake onstage. If you think there is an issue requiring discussion, wait till you go on break or after the gig. Keep the conversation pleasant and well-meaning.

3. Drummers, count off the freakin' tunes yourself! That's the drummer's job. I was in a band where the singer counted the tunes off and I told him that if I was going to join the band, it would mean that I'd be taking over that responsibility. If anyone in the band has a problem with that, think twice before joining.

4. If you heed rule 3, get the tempos right. You don't need to count off exact tempos every night, just get pretty close. Tempos breathe anyway. And don't dismiss other band members when they give you feedback on the tempos you give.

6. Treat a club's staff like they are your guests, not the other way around. Believe me, more bands lose repeat gigs at a club because a band member walked around the joint with a sense of superior entitlement.

7. Don't drink alcohol excessively or get high before, during, or after a gig. I've got a police scanner, which I listen to after gigs. Folks, you wouldn't believe how many cops are out in force the minute nightclub closing time arrives! And if you know anything about the nation's DUI laws, you know that a .08 blood-level is next to nothing and can be easily achieved with just a couple of beers. Besides, drummers playing music impaired usually sound too loud and like crap anyway.

9. Remember to put your cell phone on "silence" mode. Cell phones ringing onstage are about as unprofessional as it can get.

10. Be gracious to all other area musicians and bands. While scoring available gigs between bands is a challenging business venture, please remember that music making is not supposed to be a sport or a competition. There is nothing more unattractive than a musician who walks around thinking s/he's the baddest cat on the planet. Guess what? No matter how good you are, there's always someone out there even better. And take note - the really best musicians don't talk about it; have you ever noticed that?

Happy gigging, folks! And my thanks and appreciation sincerely go out to my good friend, Mike James, who is hosting so very many fantastic things on his website!

Below are some historical photos sent by Steve Poltun, Donny's Manager, which I know you'll enjoy. Those of us who grew up at about the same time as Donny certainly remember those Slingerland photos. Enjoy!

A brief description of Donny's history:

Donny Osborne, Buddy Rich's protege, began playing drums at the age of four and was hailed as a "Drum Wizard" and "Drum Prodigy" by Chicago newspapers. By age 13, he was performing and touring the U.S. with Buddy Rich and his band. In the early 70's, Donny joined Mel Torme on the road and continued to play, record and tour with him for more than 23 years. He has also backed jazz luminaries like Sarah Vaughan and Peggy Lee, and performed with famed percussionists Steve Allen and Gene Krupa. 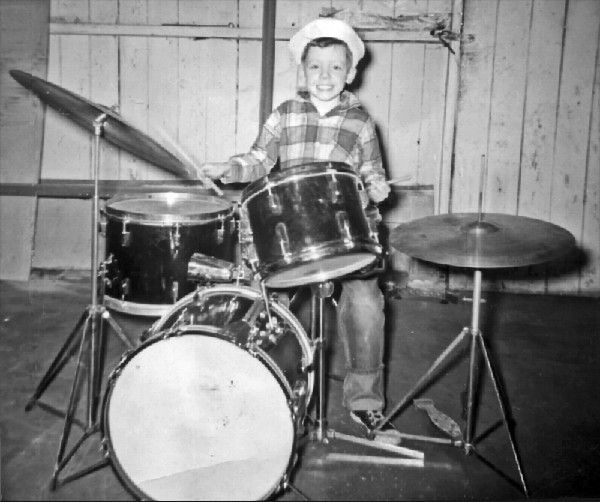 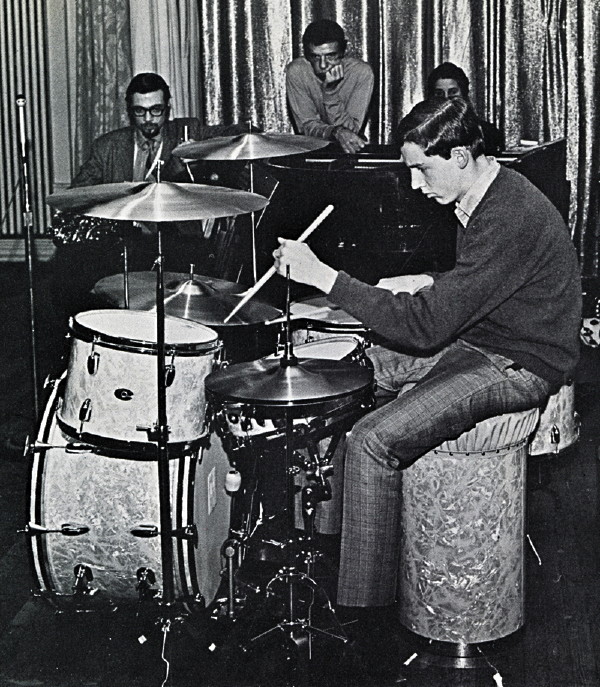 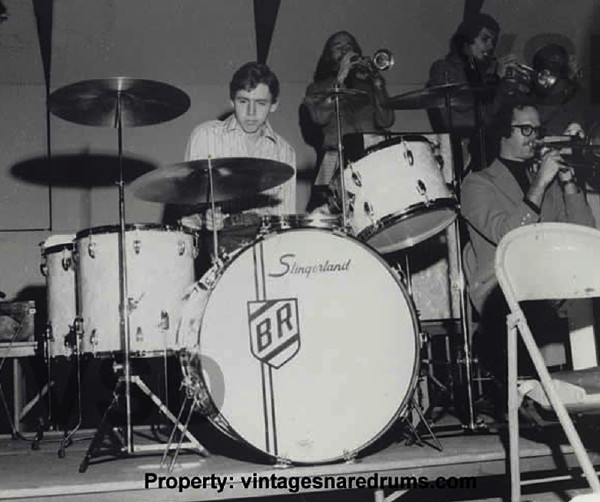 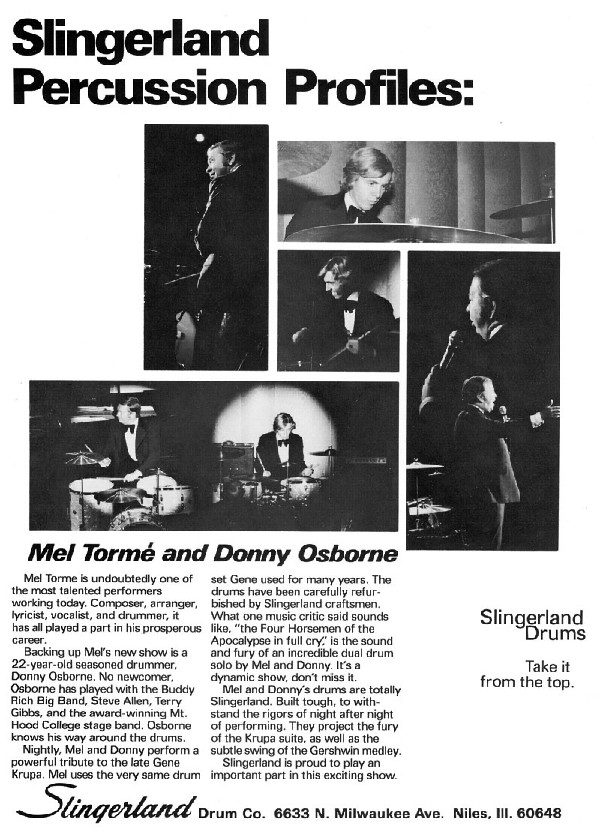 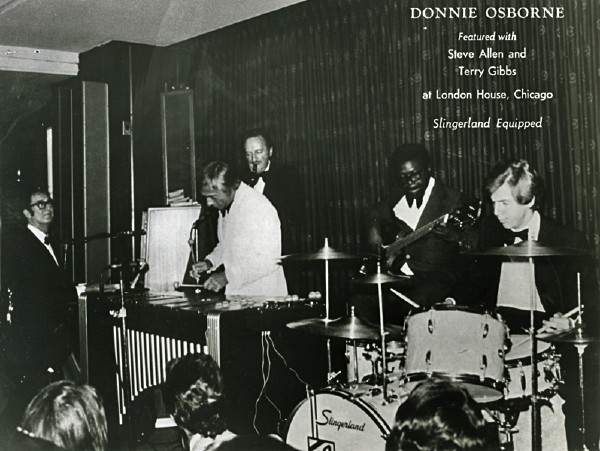 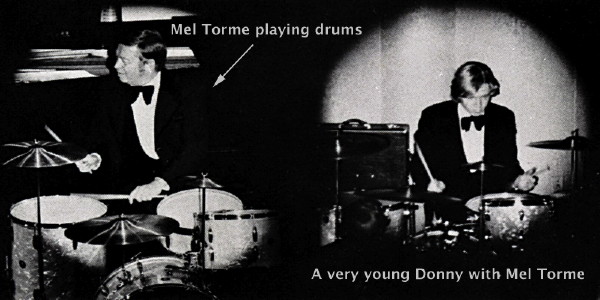 The CD art from Donny's latest release (above) and the tune selection. (below) 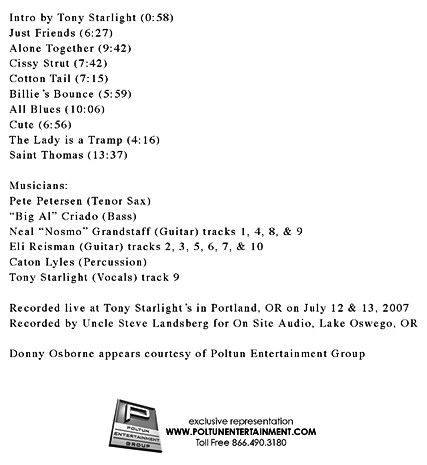 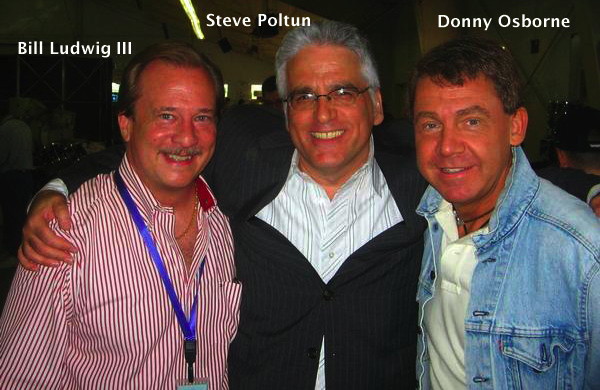 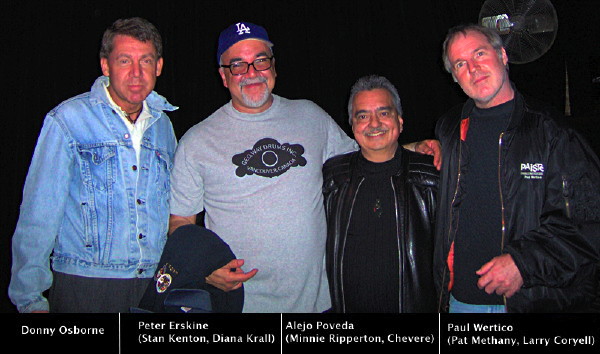 From Mike James: "How to get the sound you want" 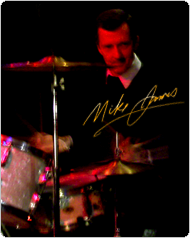 My planned article for Episode #01 was "How to get the sound you want". Since the Podcast ended up being large, due to all the great audio, I simply posted it on my Drum "Tuning" page instead.

Details about Podcast #01, for perspective: