This is background info, for some perspective. The actual drum "tuning" article is here.

How is your sound connected to your technique?

I've played drums since 1964. Most of my adult life, (over 22 years) I was on the road full-time, playing drums 6 nights per week, 46 to 50 weeks a year. That's a lot of drumming, which continues on today, 5 nights per week. I only mention that to point out that I've owned a lot of equipment, and had a lot of experience with drum sounds, playing jazz, rock, disco, funk, country, latin, blues, orchestral, marching bands, and so on, both live and recording.

It's important to have at least moderate quality equipment. But, as we all know, almost any drums will sound good in the hands of a great drummer. So don't become too obsessed by the mechanical details of equipment. Focus on using your hands (and feet) to create great music.

When we were on the road, appearance was important, and I've always felt that the drums should look good, regardless. Since they weren't especially expensive in the 70s and 80s, I simply bought new drums and cymbals once or twice per year. Over a few years, that gradually led me away from maple drums to drums made of birch veneer plywood. At first, I just saw this as appropriate. Since most of us were intending to sound like the original recordings anyway, birch drums and pinstripe heads, close-miced, were fine. My opinion is that the drums changed first, (drum companies switching to birch, and simpler manufacturing methods, to save money) and that the face of pop music changed because of that.

Some could argue that the music changed first, and then the drums changed, but I don't think so. Those of us who had been using thin or medium-weight heads, unmuffled, suddenly found that these new drums sounded "twangy". Thinner and more plies in the drums, more (and heavier) hardware on the drums, and heavier die-cast drum hoops made the drums "harsh". Add to that the fact that many of us were playing in plexiglass "aquariums" in the 1980s, intended to isolate the sound, to accommodate our extra-hard playing. Ouch! I've always thought that the invention of Remo's "Pinstripe" head in 1973 was their answer to try and help us get a little warmer sound out of these "new" drums.

Technically though, there's a huge drawback to this approach...
When you learn to play the drums in a traditional way, part of that approach is to use the rebound of the drum. A thin to medium-weight head, unmuffled, and tensioned in it's midrange, gives you a lot of rebound, good definition at low volume, and plenty of power, using very little effort. Later, if you're using thick heads, muffling, etc., to get a "pop" sound, your rebound is greatly reduced. We get around the lack of rebound (and power) by playing harder. Playing harder means using thicker heads... a "vicious circle", for some.

I used to think, "Well, ok, here's the current "bla bla" Top 40 sound... Someday I'll be able to get a high-quality sound like I used to." True, the sound was appropriate for that kind of music, but I always felt sad, when someone I was working for wanted a more "authentic" studio sound, live. Yes, you can use something like the combination above to get the generic pop sound of the day, but man... To me, you give up a lot of important tonal possibilities. The most important ones we seem to give up are dynamics and definition at low volumes. I like loud, but I also like an articulate sound at all volumes, and I like space, too.

I was playing at "Bally's" casino in Atlantic City, in about 1984, and was using a Slingerland (maple) 5 1/2" snare drum with 8 lugs. To be "hip", I had decided to get a "fatter" sound, and ordered a modern (birch, heavy, 10-lugs, heavy hoops) 6 1/2" drum. (I won't insult that drum company here, because their methods are similar to other modern companies.) I put the same Remo coated Diplomat heads on it, tensioned it at about the same tension as the smaller drum, and used it on a set. On the first break, the sound man came up to me and asked if I had bought a "metal piccolo snare drum", and told me that my "bigger" drum (meaning the Slingerland drum) sounded much fatter. When I took him up on stage and showed him the 6 1/2" deep "metal piccolo snare", he was shocked. When comparing this 6 1/2" wood drum to my 5 1/2" Fibes (fiberglass) snare drum, the result was the same. The maple-versus-birch issue is part of the reason, but the amount of hardware on a drum makes a big difference too. For example, (all things being equal) an 8-lug drum will sound "warmer" or more "woody" than a 10-lug drum. I was enlightened, and quit using birch that year.

About "pop" drum sounds, in general...

Since the 1950s, the engineered sound of music has become more and more generic, and of course that includes drum sounds. You work hard for years to learn how to create a great acoustic sound, then you're virtually "required" to use thick heads, play hard all the time, etc.. Engineers get used to the simplicity and flexibility (for them, not for you) of wanting you to cut a hole in your bass drum head, put a pillow in there, use pinstripe or hydraulic heads, etc., Most of the "tone" is completely artificial, created by a knob-turner. And... If a drum mic is way out of balance, or fails, in a live performance, you're screwed. Personally, I just want the sound man to amplify my sound, not "manipulate it".

I participate in several online drum-related forums, and communicate with a lot of drummers in general. Often, young guys are finding it impossible to get a good sound at low volume, or to play a "press roll", or do other "riffs". When we talk to them, we typically find the usual combination of thick, loose heads, and muffling, which makes these techniques very difficult at best. The drum simply won't "let" them play those things.

Technique, and what you want it to be, varies with these approaches. If you're a hard-hitting "pop" player, some will say that you lack finesse. You may not personally lack it, but the drums prohibit using certain techniques. Likewise, a drummer who plays with the approach that "the drum should do the work", must play harder, and not play "too much", to fit into the pop scene. There's more to it than that, though... When guys come in and sit in on my (traditional, acoustic type) drums, I hear from their playing that they're using "pop" techniques that simply won't work on non-muffled drums. For example, the "pop" player who is used to the method described above will tend to "lay into" the drum. In their setting, that's fine. But when they play unmuffled acoustic drums, that technique chokes them, and makes them sound "boxy".

Why am I such a fanatic?

This page has been about drum equipment until now, but I think a word about muscle memory might be appropriate. If you're playing typical pop music authentically, then you're doing two particular things. First, you're playing relatively-simple parts, and second, you're spending a LOT of time in the same playing position, playing hi-ht, snare drum, and bass drum. Don't let all that repetition handicap you! If you can't "work out" on stage, then take the time to play more, outside your normal gig. Play all the drums, and play things you don't normally get to play, to keep yourself flexible.

Remember the difference between acoustic sound and PA-driven sound...

I once read a statement by Buddy Rich, in an interview, where the interviewer complimented Buddy on the many subtleties in his playing. Buddy responded, "I never do anything subtle!" So... What did Buddy specifically mean by that?

Only Buddy knows, but here's how I decided to interpret it...

Buddy was a guy who played using unmuffled drums, like the ones I obviously favor. He had a great set of ears, coupled with many years of experience. He knew what he wanted the audience to hear, but he also knew that the bari sax player, sitting 20 feet away, needed to know where "the beat" was. Microphones or not, Buddy had the responsibility of, as Pat LaBarbara has stated it, "defining the time". From Buddy's point of view, he "never did anything subtle". So when we hear something from Buddy that we feel is "subtle", then we should give that some thought. For example, Buddy routinely has his drums set up on a piece of 3/4-inch plywood. This gave the drums a consistent sound, but it also enabled him to do things for the band, like tap his heel on the foot board of the hi-hat, loud enough for the guys in the band to hear, but not obtrusive. He sometimes played light figures with his left hand, foot, or whatever, to keep the flow of the time going for the band. We might hear some of these and think it's "subtle", but I think that, to Buddy, this was simply what was required to keep the band together. He often "played through spaces", but not in a way that was loud and obnoxious. That really makes it musical, not subtle. 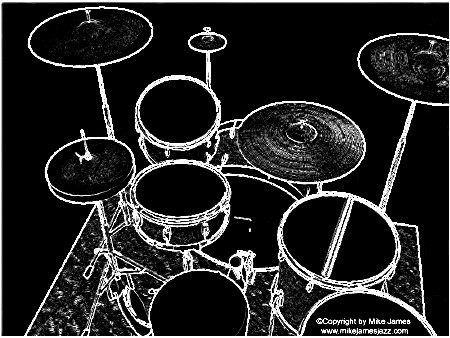 The same goes for Buddy's drum solos...
Buddy's drum solos and fills had a great "flow", aided by something that we might at first hear as "subtle". The reason for that is that fairly often, Buddy played a steady beat on the bass drum... typically quarter notes, in swing. This wasn't oppressively-loud, but we instinctively felt it. Again, we might think it's "subtle", but trying doing it yourself, the way he did it, and you'll find that indeed, it's not "subtle". Maybe these things are more obvious if we think of the opposite... Think about a typical young drummer today, in a pop band in a nightclub, playing muffled drums. Typically, only the loudest parts are audible at all, even though these players typically aren't playing with a lot of finesse. The "flat" or "dead" version of pop drum sounds is to me, like any other staccato playing, in general. It's fine, for a special effect, but otherwise, it's lifeless. Often, when one of these drummers plays a "roll" around the drums, I can't distinguish between one tom and another, because they have no tone. Imagine how it would sound if other band members played with muffled strings, and/or no sustain. It would be weird! In my opinion, drums should have character... a tone that resonates in such a way that it compliments the band without being obtrusive, like any other musical instrument.

As long as engineers and producers are controlling what gets recorded, we're likely to see this same approach to pop music for quite a while, in the studio. But... I find that in live performance, the sound of more traditional equipment fits well in every genre I've played in, with very little change. Today, the musicians I play with are enjoying sounding different, and not trying to be "clones". I suggest that all drummers spend as much time as possible playing drums that "give you something back". You may find that you're not beating up your hands and feet nearly so much.

You should be able to play relaxed, and do it for a lifetime with no physical injuries from it.