Gary Kindt sent the following text related to these photos:

Please post these photos. They were taken at Disneyland in 1982 in September. Not a spectacular band but Buddy was at his usual greatness. At Disneyland, you could stand at Buddy's right about 15 ft. away and be able to view both hands and feet. The sound of that bass drum was like a cannon going off in the Carnation Plaza Gardens where the stage was. Also saw Cathy Rich sing with the band there. The small pic was taken by my dad in '64 at Disneyland with Harry James.
- GK 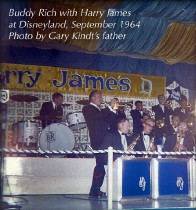 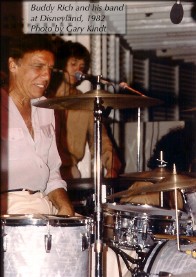 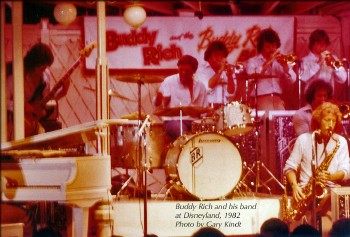